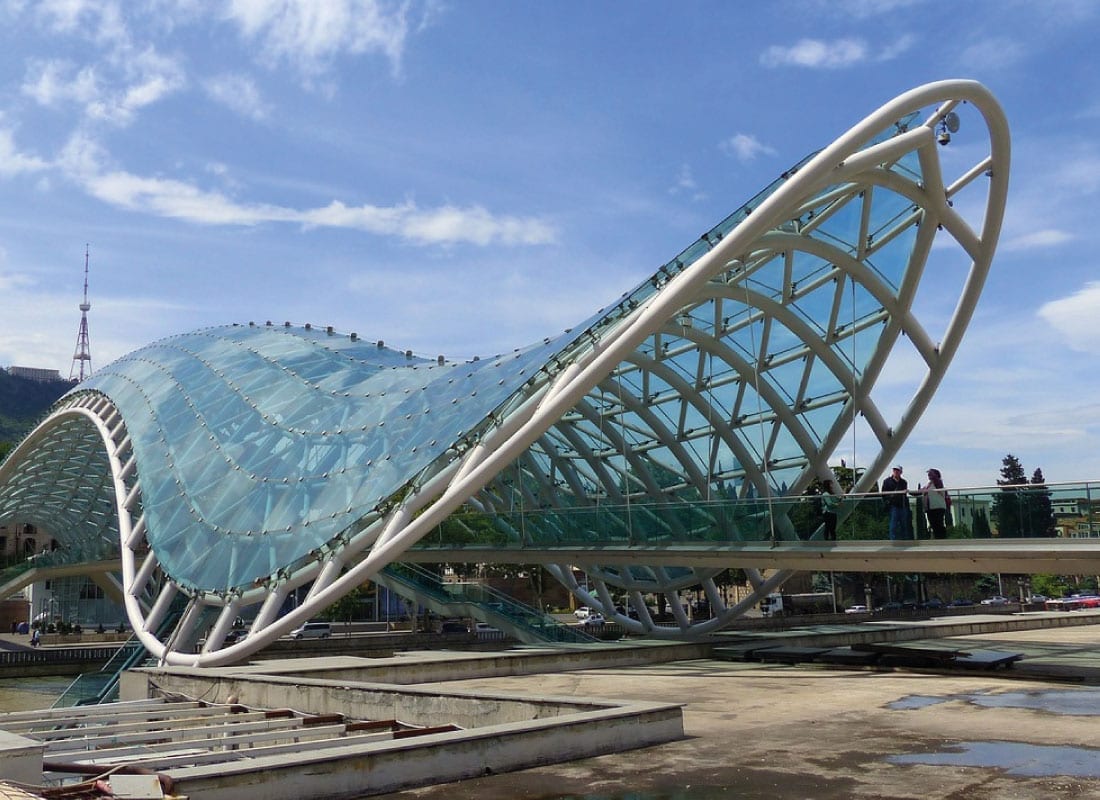 When it comes to Georgia and specifically to Tbilisi one thing is clear, the city is seated at the crossroads of the past and the future. It’s especially visible in the architectural decisions: here, historic buildings are side by side with modern architecture, transforming neighborhoods and creating a dynamic beauty.

To understand Georgian architecture, you just need to peek behind the veil of history. Georgian buildings are the reflection of the decades of the social changes: conquests of the Ottoman Empire, being part of the Russian Empire, becoming free and independent only to be forcefully repatriated into the Soviet Union. Once you understand this fact, you will no longer think about architecture as a beautiful piece of art. Georgian architecture is truly a monument to the past and future.

As already stated, Georgia is a country of contrasts: a beautiful combination of historical and contemporary buildings. Old meets new creating an interesting blend.

We couldn’t not start our guide without the House of Justice. Opened in 2011 and constructed by the Italian architect Massimiliano Fuksas, this unusual building is often referred to as the Mushroom Building because it resembles mushrooms growing on the stubs. 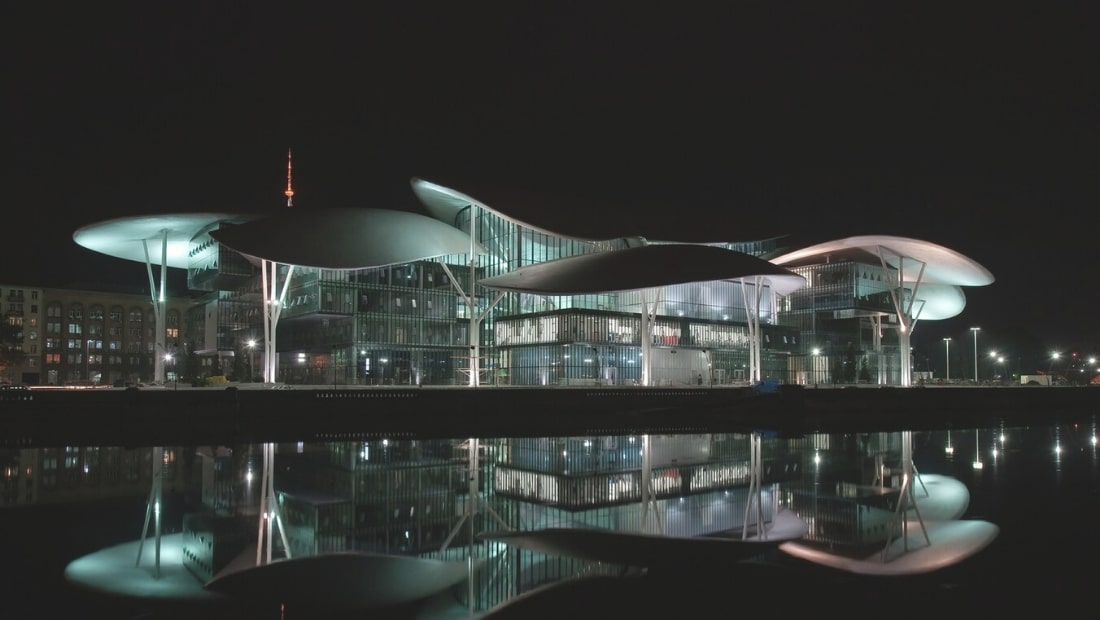 Again designed by  Massimiliano Fuksas, these two-cylindrical building in Rike Park is a perfect example of Massimiliano’s love for the volumetric and fanciful forms.

The Building Of The Prosecutor’s Office

The Building of the Prosecutor’s Office is the perfect example of the color coordination and symbolism in the architecture. Designed to resemble the firmness, uncompromising nature and at the same time the transparency of the Justice system, this black-framed building with glass cabinets was completed in 2012.

While the exterior of this building is a stunning piece of architecture, the interior is even more awe-inspiring. Inside the building, mirrored glass walls endlessly throw reflections, creating even more volume.

Ministry Of The Internal Affairs

Often described as the most futuristic building in Tbilisi, the Ministry of Internal Affairs has the form of a wave, the wave of the glasses as it’s often described by many tourists and locals.

Nicknamed as an “Always Ultra Bridge” by locals, The Peace Bridge  is one of the most popular tourist spots in Tbilisi. Opened in 2010, the bridge connects the district of Tbilisi Old Town with Rike Park over a river of Mtkvari. The bridge was designed by the Italian architect Michele De Lucchi, who had also designed the building of the Ministry of Internal Affairs.

Located in Rustaveli Avenue, Biltmore Hotel was opened in 2016 and is a 32-floor skyscraper. Its lobby, just in front of the skyscraper, occupies the Soviet-era building IMELI, which was constructed in the 1930s. Remaking of the old building IMELI was somewhat a controversy and was criticized by locals.

Why do we recommend buying real estate in Tbilisi? 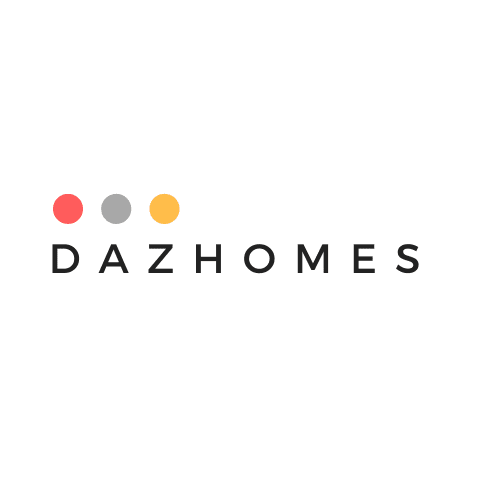 Tips & Advice On Where To Live In Tbilisi

Renting In Tbilisi: What You Need To Know Tbilisi, the capital city of Georgia, is a desirable...
Continue reading
by dazhomes

3 Min. Read. The secret is out! Buying Georgian real estate is a smart move. Here’s how you can...
Continue reading
by dazhomes

Tips & Advice On Where To Live In Tbilisi

Please enter your username or email address. You will receive a link to create a new password via email.